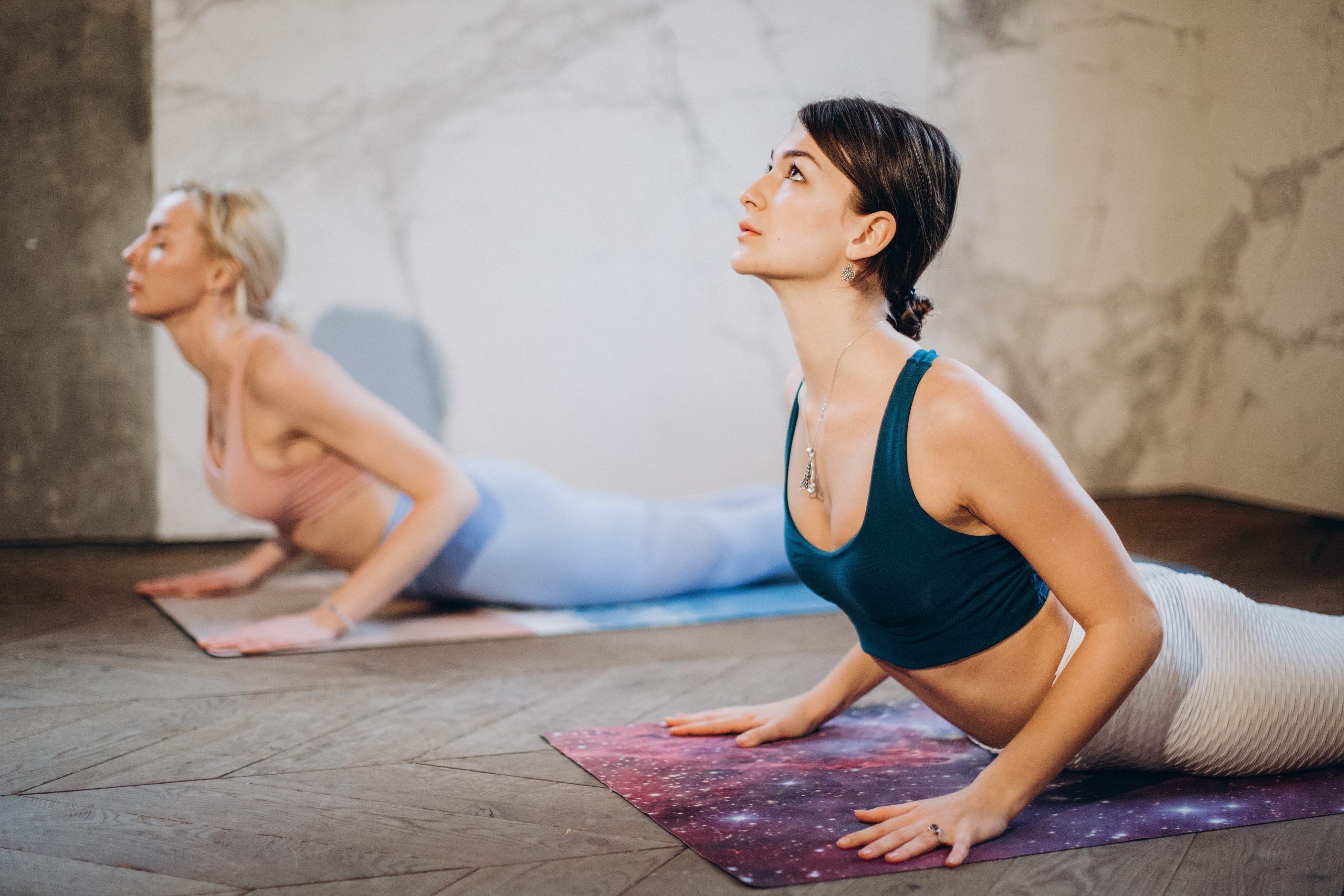 The text of the Yoga Korunta “was imparted to Sri T. Krishnamacharya in the early 1900’s by his Guru Rama Mohan Brahmachari, and was later passed down to Pattabhi Jois during the duration of his studies with Krishnamacharya, beginning in 1927” (“Ashtanga Yoga”). Since 1948, Pattabhi Jois has been teaching Ashtanga yoga from his yoga shala, the Ashtanga Yoga Research Institute (Jois 2002 xvi), according to the sacred tradition of Guru Parampara [disciplic succession] (Jois 2003 12).

Ashtanga yoga literally means “eight-limbed yoga,” as outlined by the sage Patanjali in the Yoga Sutras. According to Patanjali, the path of internal purification for revealing the Universal Self consists of the following eight spiritual practices:

The first four limbs—yama, niyama, asana, pranayama—are considered external cleansing practices. According to Pattabhi Jois, defects in the external practices are correctable. However, defects in the internal cleansing practices—pratyahara, dharana, dhyana—are not correctable and can be dangerous to the mind unless the correct Ashtanga yoga method is followed (Stern and Summerbell 35). For this reason, Pattabhi Jois emphasizes that the “Ashtanga Yoga method is Patanjali Yoga” (Flynn).

The definition of yoga is “the controlling of the mind” [citta vrtti nirodhah] (Jois 2003 10). The first two steps toward controlling the mind are the perfection of yama and niyama (Jois 2003 10). However, it is “not possible to practice the limbs and sub-limbs of yama and niyama when the body and sense organs are weak and haunted by obstacles” (Jois 2002 17). A person must first take up daily asana practice to make the body strong and healthy (Jois 2003 10). With the body and sense organs thus stabilized, the mind can be steady and controlled (Jois 2002 16). With mind control, one is able to pursue and grasp these first two limbs (Flynn).

To perform asana correctly in Ashtanga yoga, one must incorporate the use of vinyasa and tristhana. “Vinyasa means breathing and movement system. For each movement, there is one breath. For example, in Surya Namskar there are nine vinyasas. The first vinyasa is inhaling while raising your arms over your head, and putting your hands together; the second is exhaling while bending forward, placing your hands next to your feet, etc. In this way all asanas are assigned a certain number of vinyasas” (“Ashtanga Yoga”).

“The purpose of vinyasa is for internal cleansing” (“Ashtanga Yoga”). Synchronizing breathing and movement in the asanas heats the blood, cleaning and thinning it so that it may circulate more freely. Improved blood circulation relieves joint pain and removes toxins and disease from the internal organs. The sweat generated from the heat of vinyasa then carries the impurities out of the body. Through the use of vinyasa, the body becomes healthy, light and strong (“Ashtanga Yoga”).

Tristhana refers to the union of “three places of attention or action: posture, breathing system and looking place. These three are very important for yoga practice, and cover three levels of purification: the body, nervous system and mind. They are always performed in conjunction with each other” (“Ashtanga Yoga”).

Posture: “The method for purifying and strengthening the body is called asana” (Jois 2002 22). In Ashtanga yoga, asana is grouped into six series. “The Primary Series [Yoga Chikitsa] detoxifies and aligns the body. The Intermediate Series [Nadi Shodhana] purifies the nervous system by opening and clearing the energy channels. The Advanced Series A, B, C, and D [Sthira Bhaga] integrate the strength and grace of the practice, requiring higher levels of flexibility and humility. Each level is to be fully developed before proceeding to the next, and the sequential order of asanas is to be meticulously followed. Each posture is a preparation for the next, developing the strength and balance required to move further” (Pace). Without an earnest effort and reverence towards the practice of yama and niyama, however, the practice of asana is of little benefit (Flynn).

Breathing: The breathing technique performed with vinyasa is called ujjayi [victorious breath] (Scott 20), which consists of puraka [inhalation] and rechaka [exhalation] (“Ashtanga Yoga”). “Both the inhale and exhale should be steady and even, the length of the inhale should be the same length as the exhale” (“Ashtanga Yoga”). Over time, the length and intensity of the inhalation and exhalation should increase, such that the increased stretching of the breath initiates the increased stretching of the body (Scott 21). Long, even breathing also increases the internal fire and strengthens and purifies the nervous system (“Ashtanga Yoga”).

Bandhas are essential components of the ujjayi breathing technique. Bandha means “lock” or “seal” (Scott 21). The purpose of bandha is to unlock pranic energy and direct it into the 72,000 nadi [energy channels] of the subtle body (Scott 21). Mula bandha is the anal lock, and uddiyana bandha is the lower abdominal lock (“Ashtanga Yoga”). Both bandhas “seal in energy, give lightness, strength and health to the body, and help to build a strong internal fire” (“Ashtanga Yoga”). Mula bandha operates at the root of the body to seal in prana internally for uddiyana bandha to direct the prana upwards through the nadis (Scott 21). Jalandhara bandha is the “throat lock” (Jois 2002 23, n.27), which “occurs spontaneously in a subtle form in many asanas due to the dristi (“gaze point”), or head position” (Scott 23). “This lock prevents pranic energy [from] escaping and stops any build-up of pressure in the head when holding the breath” (Scott 23). Without bandha control, “breathing will not be correct, and the asanas will give no benefit” (“Ashtanga Yoga”).

Looking Place: Dristhi is the gazing point on which one focuses while performing the asana (“Ashtanga Yoga”). “There are nine dristhis: the nose, between the eyebrows, navel, thumb, hands, feet, up, right side and left side. Dristhi purifies and stabilizes the functioning of the mind” (“Ashtanga Yoga”). In the practice of asana, when the mind focuses purely on inhalation, exhalation, and the drishti, the resulting deep state of concentration paves the way for the practices of dharana and dhyana, the six and seventh limbs of Ashtanga yoga (Scott 23).

Instruction in pranayama can begin after one has learned the asanas well and can practice them with ease (Jois 2002 23). “Pranayama means taking in the subtle power of the vital wind through rechaka [exhalation], puraka [inhalation], and kumbhaka [breath retention]. Only these kriyas, practiced in conjunction with the three bandhas [muscle contractions, or locks] and in accordance with the rules, can be called pranayama” (Jois 2002 23). The three bandhas are “mula bandha, uddiyana bandha, and jalandhara bandha, and they should be performed while practicing asana and the like” (Jois 2002 23). “When mula bandha is perfect, mind control is automatic” (“Ashtanga Yoga”). “In this way did Patanjali start Yoga. By using mulabandha and by controlling the mind, he gradually gained knowledge of Yoga” (Jois 2003 11).

Practicing asana for many years with correct vinyasa and tristhana gives the student the clarity of mind, steadiness of body, and purification of the nervous system to begin the prescribed pranayama practice (Flynn). “Through the practice of pranayama, the mind becomes arrested in a single direction and follows the movement of the breath” (Jois 2002 23). Pranayama forms the foundation for the internal cleansing practices of Ashtanga yoga (Flynn).

The four internal cleansing practices—pratyahara, dharana, dhyana, and samadhi—bring the mind under control (Stern and Summerbell 35). When purification is complete and mind control occurs, the Six Poisons surrounding the spiritual heart [kama (desire), krodha (anger), moha (delusion), lobha (greed), matsarya (sloth), and mada (envy)]—”will, one by one, go completely” (Stern and Summerbell 35), revealing the Universal Self. In this way, the correct, diligent practice of Ashtanga Yoga under the direction of a Guru “with a subdued mind unshackled from the external and internal sense organs” (Jois 2002 22) eventually leads one to the full realization of Patanjali’s eight-limbed yoga.

What Is Hatha Yoga – A Beginners Guide

What Is Ashtanga Yoga A Beginners Guide

15 Things You Need To Know About Vinyasa Flow
Yoga 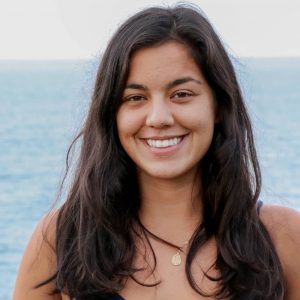 15 Things You Need To Know About Vinyasa Flow 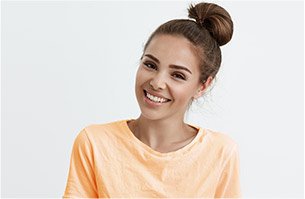 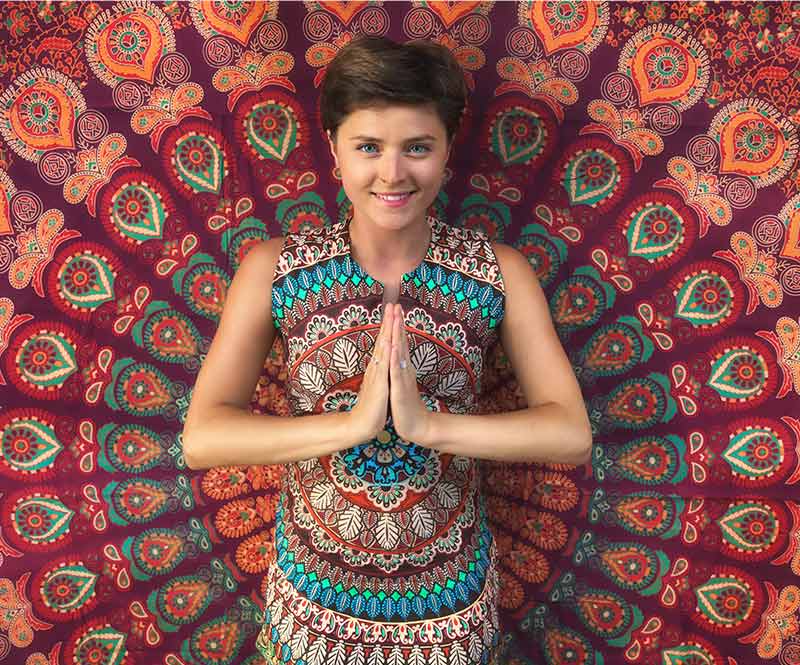